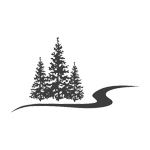 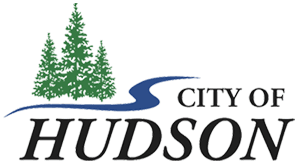 Chapter 99-5 of Hudson Municipal Code prohibits animals from running at large within the City; it also requires the owners to remove and dispose of animal waste. Dog licenses are required; scroll down for the licensing information. Sections A, B, and C of Chapter 99-5 read as follows:

A. Running at large. No cat, dog, or other domesticated animals shall be permitted to run at large within the City of Hudson. An animal is considered to be running at large if it is not on the premises of its owner and not under the control of the owner or some other person.

B. No dog shall be permitted in a public cemetery, playground, schoolyard, public pool, or other posted areas, except when confined within a vehicle or on a leash or except with the written permission of the person in charge.

C. The owner of an animal shall promptly remove and dispose of in a sanitary manner of any excreta deposited by such animal upon any public or private property. Seeing-eye dogs used by blind persons or dogs used in police activities are exempted when used by or with the permission of the City.

The licensing of dogs is required; licenses must be renewed each year beginning January 1st. The application form can be found below, or you may call 715-386-4765, Ext. 122 for more information. A late fee shall be collected if owners fail to obtain a license before April 1st of each year, or within 30 days of acquiring ownership of a licensable dog, or when the animals are 5 months old.

To report animals at large, call 715-386-4771. Animals picked up by the Animal Control Officer are taken to the Humane Society for Companion Animals in Woodbury, MN, and, according to City Municipal Code, forfeitures and fees may be applied.

A newly enacted ordinance amending Chapter 99 was adopted by City Council on November 4, 2013. It will become effective November 14, 2013, after publication in the local newspaper. The Ordinance creates Chapter 99-21 of the Hudson City Code regarding conditions under which city residents on certain residential properties may safely keep and maintain a limited number of chickens to provide eggs for household use; to assure appropriate chicken coops or structures in which to house chickens; and to protect the health, safety, and welfare of the general population of the city of Hudson.

Go to Section 99-21 (PDF) of the Municipal Code. The application form is posted below. Licenses must be renewed each year beginning January 1st; reminder notices to renew will not be provided by City Staff. You may call 715-386-4765, Ext. 140 with any questions or for more information. Chicken License Application (PDF)